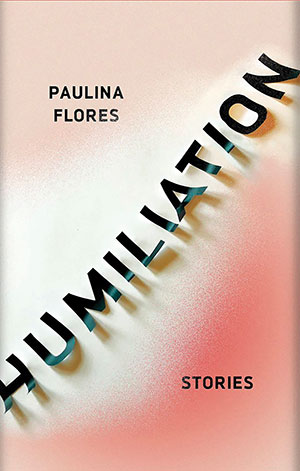 Humiliation, Paulina Flores’s debut collection of short stories, beautifully translated from the Spanish by Megan McDowell, is a timely work that provides pertinent backstory to the protests and official repression that have erupted in Chile this fall. As I write this review, hundreds of thousands of Chileans have taken to the streets to protest the right-wing government and gross inequality; at least twenty people have been killed, more than two thousand arrested, and hundreds have been injured. The popular slogan “No son treinta pesos, son treinta años” (It’s not about thirty pesos, it’s about thirty years) refers to the fact that, while the government’s raising public transportation prices provoked the protests, they are in response to decades of neoliberal policies leading to inequality. The stories of Humiliation, as the title implies, portray these decades of social crisis as experienced by children and the overworked or unemployed adults in their lives.

This reality serves as the background for human stories about coming-of-age, first love, isolation, and disconnection. In the title story, for example, two young sisters accompany their father to a job interview, where he finds that his daughters are more attractive and more useful than he is. The tragic sense of uselessness is mediated by the fact that the story is narrated by his daughter. In many cases Flores’s narrators are children who observe the opaque suffering of the adults around them and make what sense of it that they can.

This indirect way of looking at the cruelty of contemporary life, as though through a mirror, emphasizes the sense of disconnection between the characters who populate the stories. They seem to point to a generalized amnesia, in which no one knows exactly how they have gotten to this point. In “Last Vacation,” a character chides her cousin for saying he would like to join the army when he grows up: “They killed a lot of people. Under Pinochet’s dictatorship. Do you know who Pinochet was, even?”