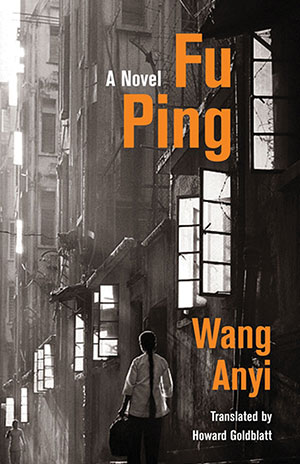 Wang Anyi has already been recognized as one of the most influential contemporary Chinese authors and has recently received increased scholarly attention. Wang was awarded the Mao Dun Literature Prize (2000) and the Lu Xun Literary Prize (2004), two of the most prestigious Chinese prizes for literature, and the University of Oklahoma’s Newman Prize for Chinese Literature (2017). She was also a finalist for the Man Booker International Prize in 2011.

In Fu Ping, Wang fully utilizes her talent for writing multifaceted characters. Told through the eyes of working-class female immigrants, the author explores the virtues and inequalities of modern Shanghai. The namesake of the novel, Fu Ping, lives in Shanghai with “Nainai” (Grandmother), with the intention of eventually returning to the Yangzhou countryside to marry Nainai’s grandson. Nainai immigrated to Shanghai to become a nanny, taking care of the children of better-off city dwellers. Fu Ping’s quiet nature allows people to take advantage of her, assuming what she is thinking or taking her silence as consent. The reader, however, gets hints at Fu Ping’s feelings and is able to more fully appreciate her circumstances. While she tries to carve out a life for herself, those around her are constantly deciding her fate. Whatever solace she finds in meeting new people is immediately erased as Nainai’s control begins to tighten.

Nainai and Fu Ping’s relationship and the traditional expectations imposed by Nainai are emblematic of the widening generation gap, and the conflicts between the two show how difficult bridging the gap truly is. Wang emphasizes this gap multiple times in the novel, notably at the end of chapter 4: “A grandmotherly old woman and a young girl, sleeping next to each other yet separated by a million miles, each caught up in her private thoughts as she drifted off to sleep.” Fu Ping comes to respect Nainai but also realizes her controlling nature and understands that if she were to become Nainai’s granddaughter-in-law, it would never end. The tension of impending marriage comes to a head when her betrothed visits Shanghai to bring her back to the countryside. At this juncture, Fu Ping must decide if she will settle for the path laid out before her or if she wants to walk a path of her own creation.