The Wind Traveler by Alonso Cueto 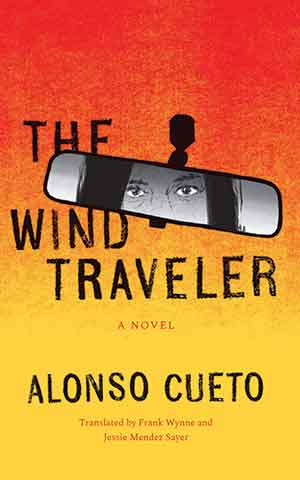 THE WIND TRAVELER is the latest novel to appear in English by Alonso Cueto, an author known for his Redención trilogy about the war between the Peruvian State and the Shining Path in the 1980s and 1990s. The first volume of Cueto’s trilogy, The Blue Hour (2005), considered one of the best novels on the subject, received high critical praise upon its publication in English in 2012.

The Wind Traveler tells the story of Angel Serpa, former soldier in the Peruvian army who, after fighting in Ayacucho, has retired in the 1990s and now leads a lonely, monotonous life in Lima selling housewares. Haunted by his war memories, Angel refuses to collect his pension from the army. One day, a woman named Eliana, whom he was ordered to execute in the war, walks into Angel’s store to buy glasses. Angel recognizes his victim and thus begins his painful journey to find atonement for the suffering he has caused her. Guilt-ridden and in shock, but hoping to receive Eliana’s forgiveness, Angel follows her and is eventually confronted by Señor Huarón, a man claiming to be her father. Later, he finds an opportunity to redeem himself when he witnesses a struggle between Eliana and Señor Huarón, who we learn has enslaved the woman. The result is that Angel is charged with the murder of Huarón and spends three years in prison, although he is not responsible for his death. Nevertheless, he sees his time in jail as a way to pay for his war sins.

Cueto’s magnificent storytelling ably portrays the brutality of Peru’s armed conflict and, more importantly, the many personal scars it left behind. Because the narrative is centered on Angel’s personal trauma, it allows us to carefully explore a wide array of feelings, including the protagonist’s sense of sorrow, pain, guilt, and reparation. In the end, the lesson to be learned resonates loud and clear: It will be impossible for Angel to fully come to terms with the ghosts of his painful past.

The Wind Traveler is a fast-paced, psychologically charged novel that quickly grabs the reader’s attention. Translators Frank Wynne and Jessie Mendez Sayer should be commended for their excellent rendition of this gripping narrative. The Wind Traveler will allow English-speaking audiences to learn about Peru’s recent painful past, as well as discover the many talents of one of its best storytellers.