Warda: A Novel by Sonallah Ibrahim 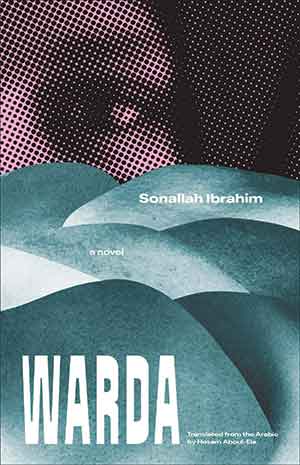 MANY OF SONALLAH IBRAHIM’S novels explore how former Egyptian president Gamal Abdel Nasser’s version of socialism was “a dream.” Yet Warda, originally published in Arabic in 2000, examines the fate of the Dhofar Liberation Front, an Arab Marxist movement that sought to drive the British out from Oman and Yemen in the 1960s and 1970s. This political movement is intertwined with the Egyptian narrator’s personal dreams and memories of Warda, the nom de guerre of an Omani activist with whom he fell in love at Cairo University in the late 1950s. Informed by impressive research, the novel tells the little-known story of the Dhofar Liberation Front, an eclectic mix of Arab intellectuals, herders, and tribal folk who were initially drawn to the group because they desired a more equitable society.

The novel opens in 1992 with the narrator’s, Rushdy’s (presumably the alter ego of the writer), dreams of Warda. Because of the disturbing dreams, Rushdy heads to Oman to find Warda, which means “rose” in Arabic. He ties in his quest with a visit to relatives, his cousin Fathy, and his wife, Shafiqa, who work in Oman. The novel alternates between Rushdy’s point of view, set in the shiny, superficially modern yet repressive Oman of 1992 and the “found” xeroxed diary of Warda set in the 1960s and 1970s, delivered mysteriously to the narrator, in ironically, Western brand-name plastic bags.

No novelists, thus far, have examined the Dhofar Liberation Front that sprang to life out of the zeitgeist and context of the 1960s. After the Egyptian setback with Israel in 1967 and the British retreat from Aden, the DLF gained more popular support in the Arab world. At this time, the Russians and the Chinese were eager to expand their sphere of influence in the Arabian Gulf—they threw money and ammunition at this small Marxist group, which they might have ignored at another historical juncture. Through Warda’s diary, Ibrahim gives us a sense of the nitty-gritty life “on the ground” of a committed revolutionary in the DLF, a woman no less. Warda is a feisty, liberated character, who is at first doctrinaire but eventually rejects violence and even questions the goals of the DLF by the end.

Her diary details the phases of the movement through a personal lens: 1960–1965, Warda’s training and recruitment in Lebanon; Arrival to the Dhofar Mountains, 1965–1968, division of the area and guerilla operations against British targets; 1968–1970, Warda’s withdrawal as a fighter and work on literacy and feminist projects with local women; 1970–1972, Sultan Said Bin Taimur’s overthrow by his son, Qaboos, with the support of the British in 1970 (members of the DLF are co-opted by Qaboos with payoffs and financial incentives); 1972–1975, in-fighting among members and retreat from Sultan Qaboos; and finally, 1975, members hiding in caves. Warda and her lover, Dahmish, another fighter, plan a suicidal trek across the Saudi desert, to sneak back into Oman and revive the movement.

Being a revolutionary might seem glamorous to the naïve, but Warda finds out that soldiering in the desert is cruel and demanding. Throughout her diary, she offers serious ruminations on political ideology and fascinating tidbits about other revolutionary groups on the world stage. She also describes violent guerilla operations, nasty power struggles, and executions of deserters. Ibrahim’s penchant for the absurd is palpable in the diary. Warda makes some wry observations about the difficulties of trying to lead traditional, uneducated men in her militia—and not all of the creatures of the desert are warm and fuzzy . . .

In between the hand-offs of the diary, Rushdy tours Oman, negotiating his way through the dark, byzantine ancient and modern past, which is glossed over by glitzy buildings or tourist sites. Ibrahim keeps the pacing taut throughout the novel between the 1992 chapters and Warda’s diary, although the excerpts of the diary are the real treasure because they offer insight into what happened to the DLF. Ex-rebels from the group come out of the woodwork in 1992 but offer little to the narrator because they are afraid of government surveillance.

His cousin Fathy encourages him to go to Salalah, near the site of the Dhofar Rebellion. There, he meets Warda’s brother-in-law, Abu Ammar, who gives almost nothing away about what happened to Warda and his brother, Dahmish. More importantly, Rushdy meets Warda’s daughter, Waad, who in her twenties looks astonishingly like her mother. She is the head of a woman’s center in Mirbat, the site of a failed DLF guerilla operation. Later, when he is invited to spend the night at the house of Warda’s brother-in-law, he makes love to Waad when she appears in his bedroom—the scene a rare example of a lapse in plausibility in the novel. We never really learn how Warda dies, but she lived long enough to give birth to a daughter, Waad, which means “promise” in Arabic. She was probably executed or died in prison.

After Rushdy reads the last fragment of Warda’s diary, he realizes that he didn’t love Warda after all. He didn’t really know her—it was pure infatuation. Is nostalgia for the past like infatuation with a person? Is this really based on a true examination of the complex realities of history? The DLF “bloomed” in a certain moment, like Warda, the revolutionary rose, but the DLF and Warda were crushed by Sultan Qaboos and his foreign allies (the British, Iranians, and Saudis) whose priorities were economic interests and oil, rather than equity and justice. The DLF were not angels, either. Whatever their noble ideals in the beginning, the DLF were morally compromised by their commitment to violence. Yaarib, Warda’s brother, also a member of the group, threw his hat in with Qaboos’s government and betrayed his sister because he saw the way the wind was blowing for the future. At the end of the novel he appears, now a big boss in the intelligence services, long gone the idealist of thirty years before. Rushdy makes a sly deal with him—not to speak.

But do we really trust a writer’s promise not to tell? Of course, Ibrahim the novelist does tell. The novel examines in stark detail how this political movement inspired by 1960s political idealism was quashed by geopolitical and social forces bigger than themselves.