An I-Novel by Minae Mizumura 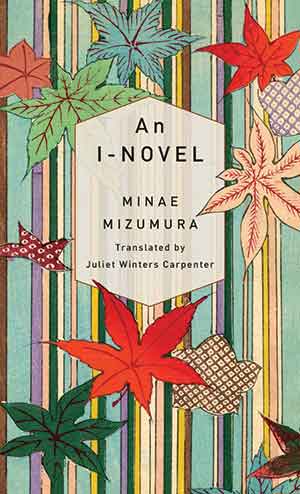 JULIET WINTERS CARPENTER faced a seemingly impossible task when she undertook to translate Shishōsetsu from left to right, winner of the 1995 Noma Literary New Face Prize. Minae Mizumura’s (b. 1951) Proustian novel was radical in construction even as it cleaved to the roots of modern Japanese literature. The fictionalized autobiographical text was written largely in Japanese, but it embedded ample English as well. In order to allow the Western orthography to scan smoothly, the novel was typeset following publishing conventions in the West (the “left to right” of the title) rather than the standard top-to-bottom, right-to-left order of most Japanese novels. This mix of languages, as the original title illustrates (Shishōsetsu is in Japanese characters; from left to right, in English), and unusual layout created for readers a palpable sense of defamiliarization, something that was not going to translate easily. Carpenter’s success, therefore, is all the more remarkable for its creative attempt to replicate at least some of this orthographic gallimaufry on top of a stellar rendering from Japanese into English. The result, An I-Novel, is visually challenging, narratively robust, and emotionally compelling.

Set on one snowy winter’s eve exactly two decades after she and her sister had been brought to New York by her parents, Mizumura’s story is an artful assemblage of flashbacks interspersed with ruminations on what the future might hold. This autobiographical element is the “I-novel” of the title, but Mizumura deftly sidesteps the mawkishly maundering self-pity masquerading as self-excoriation that too often is the hallmark of this mode of expression. She turns the form on its head, using its inward focus to explore decidedly outward-looking subjects such as race, identity, literature, and, of course, language. In this last, she adumbrates her sustained look at the homogenizing force English exerts on other languages seen in The Fall of Language in the Age of English (WLT, Nov. 2015, 77), written thirteen years later.

In some sense, these weighty subjects are simply icing on a cake that is bittersweet with sororal love, self-doubt, and a nascent sense of what might be possible if only one follows her dreams. Mizumura’s novel is a genuinely pleasing read, satisfying for its insights into a life between cultures, to be sure, but also for its resonances that affirm how similar are the concerns that occupy us all. The metaphorical cherry on top is that Mizumura is an exquisite storyteller, and hers is a story well worth reading.