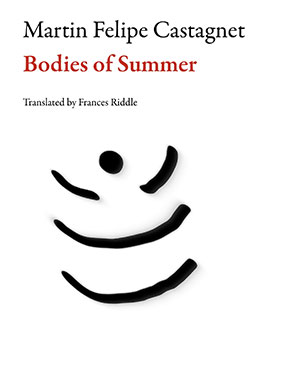 The central concept of Bodies of Summer is a good one: what if, after death, your consciousness uploaded to the Internet, where you could either float around with other disembodied souls or choose to “burn” yourself into a new body? The possibilities seem endless.

For the first third of Martin Felipe Castagnet’s debut novel, the author delights in the prospects of a world where the afterlife has become a tangible reality. Of course, some people are killing themselves en masse, but of course others aren’t. The ability to place your consciousness into a new body, a new sex, a new race is ripe for investigation, and Castagnet writes through those rabbit holes with deft, spare prose that borders on the laconic.

Ramiro has been dead for some time. He eventually uploads himself into a new body, that of a middle-aged woman, in the interest of confronting an old friend. He sees his son, now senile on his deathbed. He bonds with his fully grown grandchildren. He looks into the lives of his ex-wife’s second family. He follows a man who uploaded himself back into his own body. He swelters in the heat. Throughout the book, that sense of oppression looms. Strange for a book so light to feel so crushing and heavy. That, in itself, is quite an accomplishment.

Then, somewhere halfway through, the narrative seems to lose interest, which is, in itself, also a remarkable occurrence for such a short book. The novel raises questions on every page, questions of race and gender and sexuality and propriety. It moves quickly, and it’s very well written, but under all that pressure and heat there seems to be something of a shrug. Maybe that’s for the best; maybe simply presenting these weird what-ifs is enough in itself.