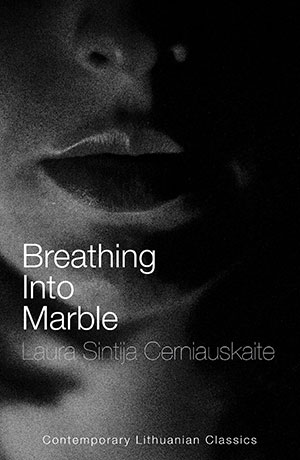 Epilepsy and psychosis, depression and lust, aging, poverty, betrayal, violence, and the mystery of the human spirit—beset, struggling, breaking, moving on—these are dead category words in the face of this strikingly alive novel. Everything here is slant: we are feeling it, experiencing it, before we have the easy recourse of the category to name and distance it from us.

This work plows forward, accumulating density, each scene precisely plotted and laden with evocative details, marking out life’s passages—family, death, and the tangle of sexuality—at once familiar, savage, and strange. Too, the framing of this work gives it a palpable stylistic consistency: it’s the literary equivalent, for much of it, of a steady stream of cinematic medium shots. This tight framing compels our attention more strongly onto the sensual details. We get just enough telling detail at the start of a scene to wend our way through and fathom each new character or major event—albeit sometimes not till a few sentences after it transpires. It keeps us parsing and actively gleaning details from these sentences, raptly squeezing meaning out, as we work just the slightest bit more than we’d expect to each time, making sense, keeping up with the action. It’s a brilliantly engaging way for a story to unfold, rendered in translation from the Lithuanian with brilliant, deft urgency.

The book’s sensual details have a relentless, offhand naturalness and authenticity. It is not just that the boy’s tears have left a black patch on her cornflower skirt, but that it is “shaped like a wounded dragon.” Waking outside after being rejected in bed by her husband, the dawn is “warm, not painful; it was like a careful hand pulling a dressing that was stuck to a wound.” Reading this work itself becomes like breathing through marble—a shaped claustrophobia; a solid, sensorial bliss, achieving light, achieving dignity.

It is a tribute to the work that the story itself, as it emerges—menacing, elemental, partway mad—is strong enough to carry these sensual details, to body forth from them and gain speed, pulling a focused complexity in its wake back to recognizable life, to healthy reality. This work richly deserves the EU Prize for Literature, which it won. It’s a slim, memorable slice of suprareality wrapped in a family tale, at times something to marvel at, at times closer than your life vein.

Laura Černiauskaitė could be a major talent of this generation; her prose puts some of our intellectual writers to shame. For this novel does not take the ultimately easier road of cerebral distance. It wears its vulnerability untucked, daring us to look away, until, painful yet necessary phase by phase—and remarkably, despite the odds, yet somehow plausibly so—it redeems. This redemption, both within the story and in its telling, comes via art; we can only be grateful for such generous, crafted witness in the face of so much unknowing. 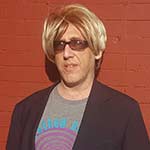 Andrew Singer teaches seminars and workshops in European literatures, literary translation, and creative writing at Penn State University and is director and editor-in-chief of Trafika Europe, showcasing new literature in English translation from across the forty-seven countries of the Council of Europe.