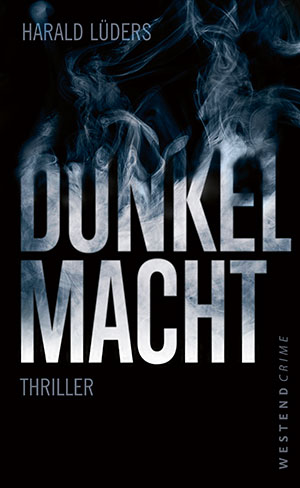 To be taken seriously, a political thriller must persuade its readers that the exciting fiction has been constructed around knowing—perhaps dangerously acute—insights into the world we live in. For some reason, British and American writers have not only cornered the world market in “poli-thrillers” but many, from Graham Greene to Michael Dobbs, have also written books of real literary worth. How come the genre is less thriving in Germany? Ulrich Wickert, a respected thriller writer and ex-journalist, teasingly suggests that he sets his stories about organized crime in France because Germans are in some respects “mediocre, also when it comes to crime.”

Harald Lüders disagrees: in Dunkelmacht (Dark power), he has created an alarming, almost lurid account of Germany’s “Deep State”—the dark power of the title. Lüders, a distinguished journalist and TV news editor, knows what he is talking about. He has made it his job to scrutinize the federal secret services and their networks of contacts, informers, and undercover operatives. He is very good on the three sociopolitical themes that interlock in Dunkelmacht, his first work of fiction.

The country’s dark power has roots in the notorious influx of SS officials into the postwar German civil service and the networks they set up. These links between the civil and secret services and the army have, Lüders argues, persisted through generations of recruitment. This conspiratorial elite has a counterpart in an extremely nationalistic, often neo-Nazi street culture with its stronghold in the former East Germany—probably with contacts still further east. The third and even hotter topic is the recent huge wave of immigration from mainly Muslim countries. The right, let alone the extreme right, is highly critical, but public discourse is led by (or perhaps dictated by) Gutmenschen—namely, the well behaved who will tolerate nothing but good-news stories.

Lüders has a spokesman in “Mitch” Berger, a brave, warmhearted but professionally cynical journalist with a shambolic personal life. Meanwhile, past and present dark power is represented by Werner Dickmann, the icily competent psychopath who is the head of the department responsible for monitoring “right-wing organizations” in the German version of the FBI. An ordinary Syrian refugee family are innocent victims, caught up in a maelstrom of old and new political machinations. A mesh of subplots brings a wide range of characters into play, more or less successfully.

Dunkelmacht is hugely readable, if not so much for its novelistic qualities as its analysis of how different sectors in Germany see their country. The plot is a treat for thriller enthusiasts: fast-moving, violent, complex, and occasionally very odd but always engrossing.