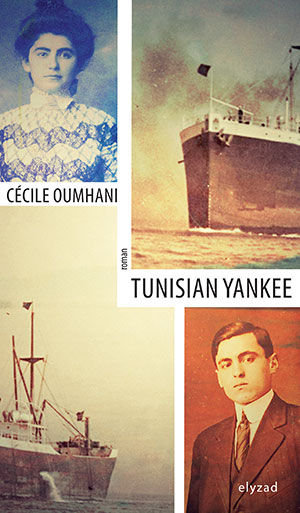 Daoud Kaci / Dawood Casey is a person displaced by his thirst for independence and the rigors of French colonial rule. From Tunis to Palermo, New York, and the 1918 battlefields of France, however, Daoud never loses his poet’s eye and his noble heart. This early-twentieth-century Werther meets three key people: Russian adventurer and cartographer Berensky, who gives him his first balloon ride and his New York address; circus trapeze artist Nora, whose love lures him to Palermo; and Elena, an Italian immigrant to the United States. Woven among these pleasant awakening moments are the nadirs of repeated discrimination against him on grounds of his Arab identity, the arrest of his close friends, his father’s hostility toward him and financial ruin, and his baptism by fire as a US soldier at the Battle of Château-Thierry in July 1918.

The novel’s primary plot covers barely a few weeks. This unified time/space is narrated in one-page dramatic vignettes. Like a rhizome, the plot sprouts longer secondary stories focusing on the four women in Daoud’s life: his mother, the proud Zoulikha, from whom he inherited his independent streak; his nanny, the faithful Mouldia, sold as a child on the slave market, who mothered him and taught him loyalty; his first love, the Arab-Italian trapeze artist Nora, with whom he shared self-respect; and his wife, Sicilian-born widow Elena, whose dignity and independence he instantly recognized. Altogether, the fifty-five untitled units/chapters that alternate between rhizome and secondary stories create an arresting phenomenology of dying.

Daoud discovers the “civilized” world with the innocence of Robinson Crusoe discovering the “natural” world. His primary mode of exploration is a series of endless walks through cities and landscapes. We discover the diversity, colorfulness, and cosmopolitanism of Mediterranean cultures from the Maghreb to the Levant. This world teeming with explorers and adventurers, invasions and riots, contrasts with the uniform, gray, and busy northern industrial world. Trains, boats, airplanes, and the machinery of war are grim reminders that the birth of modernity was also the death of an epoch.

Like many novels recently penned by North African writers, Tunisian Yankee revisits the awakening of national pride and its brutal repression. With great finesse, Oumhani relates the Tunisian scene between 1906 and 1911 to similar events taking place from Syria to Morocco at the hands of the French, Italian, and Ottoman authorities. Furthermore, she reveals the peoples’ shared experiences, blood ties, and political solidarity. Against this rich tapestry, she notes dates and events as passing references that help anchor the story in time and space without obscuring the characters. Her flexible language and visual sensibility create unforgettable paintings in words.