The Bell in the Lake by Lars Mytting 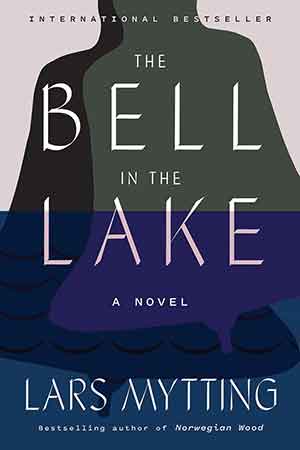 LARS MYTTING’S Norwegian Wood: Chopping, Stacking, and Drying Wood the Scandinavian Way became an international best-seller soon after it appeared in 2011, riding the wave of nostalgic desire for a life governed not by digital media and congested highways but by the ties of rustic communities happily providing for their own sustenance. In his new novel, The Bell in the Lake (originally published in 2018), Mytting (b. 1968) offers a woodcut of such life by introducing his readers to a small village on a forlorn Norwegian peninsula in the last decades of the nineteenth century, where people can’t be buried for months unless they die in the short period when the land isn’t frozen.

Death and the lasting legacy of the dead indeed make up the central axis of the novel (the first part of a planned trilogy); the survivors of the deceased and the one who has to administer their last rites make up its central characters. While Mytting’s peers have shocked readers all over the world with monumental autobiographical provocations (Karl Ove Knausgaard and his overreaching My Struggle), enlightened them with light philosophical fare (Jostein Gaarder’s Sophie’s World), or truly surprised them with striking panoramas that link Norway to recent world history (Johan Harstad’s Max, Mischa & Tetoffensiven, yet to be translated into English), Mytting prefers to play it safe and plain.

He puts a young pastor into a desolate hamlet, driven by ambitions that are a tad larger than the small old church in which he delivers his sermons. Standing out from his lost flock is Astrid, a young woman who “has a restless mind, and her thoughts always seemed to race ahead of her.” Trying to dive deep into the geographically remote and economically backward community, Mytting simply surrenders our perspective on life back then and awkwardly embraces the language of the past to render his bucolic portrayals: “There was a strong preference for a well-built woman, wide in the beam, preferably with big breasts and with a good, strong back. Astrid was long-limbed and bony, with a thin face and dark, curly hair, and in another village she might have been reckoned pretty.”

Once this predictable melodramatic arrangement has been set into play, Mytting tries to heat it up by introducing yet another suitor fascinated by Astrid who is considered “mulish and impossible to discipline.” A student of architecture, hailing from Dresden and in charge of overseeing the dismantling and transport of the village’s church to Germany, this young man quickly will achieve what the pastor could envision only in feverish dreams.

All this would be hard for the reader to bear if Astrid’s ensuing plight were not told against the intricate backdrop of her ancestor’s generous gift to commemorate the loss of conjoined twin sisters. The bells of the church that the young pastor is ready to have shipped to Germany become a powerful Dingsymbol that the author handles much more convincingly than the flat characterization of his stock characters.

Revisiting life in the nineteenth century has emerged as a productive pastime in recent European fiction: Thomas Hettche’s Pfaueninsel or Andrés Neuman’s Traveler of the Century succeeded in taking the pulse of historically removed times and characters by neither sentimentalizing nor patronizing them. Mytting still has a long way to go.