If I Had Your Face by Frances Cha 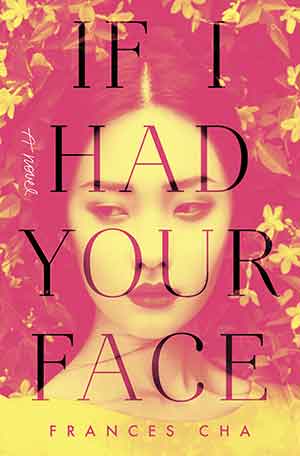 FRANCES CHA, A FORMER travel and culture reporter for CNN in Seoul, aims to engross in her debut novel If I Had Your Face, a desperate yearning for survival of four female characters amidst the social hub of contemporary South Korea. We find these young ladies confronting a capitalist, consumerist, and competitive society with the help of real friendship and concurrence, striving against the prescribed, uneven social hierarchies projected in form of patriarchy, class distinction, and inequality. Women face a precarious situation of competition and social stratification, which is the hallmark of the city’s cultural demands; a heavy toll for the endless quest of self-solicitude and socially upward mobility.

The novel highlights the beauty industry and social strata of postmodern South Korea while exploring themes of childhood abuse, patriarchy, and misogyny. It revolves around the alternate perspective of four main female characters: Kyuri, a high-class party host; Ara a mute hair stylist with some painful memories of an assault in the past; Wonna, an office worker and a newlywed; and Miho, a talented artist whose scholarship to study in New York ensnared her in a hyperwealthy crowd.

The lives of these four women, affected by both unattainable beauty standards and social hierarchy, oscillate between distress and relief. For instance, Kyuri, who seems to achieve success through multiple facial surgeries and works as an elite-class salon room girl, is the most melancholic as well because of the alcoholic clients with whom she has to spend her nights. This sadness and sense of dislocation are found in all the characters. Although the lifestyle for which they opt is dazzling and glamorous, the pitfall of disillusionment is always there waiting, as the wealthy and elite class of Korean men seem only interested in commodifying and objectifying them.

The mesmerizing world of Seoul in If I Had Your Face comes across as obsessed with the high standards of beauty. These tangled and intertwined stories of female characters map the social chasm of gender roles for women, unattainable standards of beauty, hypercompetition of survival, and ruthless social strata, which is both enlightening and riveting.