The Removed by Brandon Hobson 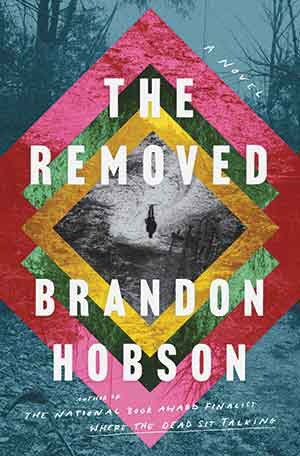 WHAT DOES IT MEAN to reach for relevance? Stacking a historical genocide atop a modern tragedy makes for careful considerations. After all, Cherokee ancestors are watching. Brandon Hobson’s latest novel attempts to string a thread between a Native American holocaust, the Trail of Tears, and a police shooting. Moreover, it calls forth an ancestral force to cast judgment onto the purveyors of traditional knowledge.

The Removed follows the fictional Echota family as they process the grief of losing a son, Ray Ray, to a police shooting. The book unfolds with each chapter narrated by a different member of the family: Maria, Sonja, Edgar, and an ancestral spirit, Tsala. It begins with Ray Ray spending the annual Cherokee National Holiday on September 6 in Tulsa, Oklahoma, where he becomes the victim of a police shooting. To commemorate the day of their son’s death, Maria and her husband, Ernest, host a family get-together at their home to “build a small bonfire, and each of us shares a memory” for the previous five years. Each chapter transpires during the days preceding this annual family gathering.

Maria is a lifelong social worker with a husband, Ernest, who suffers from Alzheimer’s; a drug-addicted son, Edgar; and an overly sexualized daughter, Sonja. During the chapters narrated by Maria, she contends with her husband’s memory loss and the impending arrival of a foster child, Wyatt. Wyatt’s arrival triggers the family into believing he is not a foster child at all but Ray Ray returning to the family. Wyatt shares similar behaviors as Ray Ray, such as doing impersonations of a Frenchman and Pee-wee Herman. The line between reality and the supernatural blurs as Ernest’s Alzheimer’s begins to rectify with the presence of Wyatt in the home.

Meanwhile, Edgar, a twenty-one-year-old Cherokee man living in Albuquerque, New Mexico, suffers from a severe drug addiction. The chapters he narrates are filled with drug-induced hallucinations and self-loathing disappointment at his failures to recover from addiction. Here is where the line between reality and the supernatural turns into the bizarre. Edgar dreams up a character by the name of Jackson Andrews, who takes Edgar into the world of an anti-Native technological wasteland. In the days before the Echotas’ annual bonfire, Edgar grapples with his hold on reality as he considers whether or not to attend the family’s get-together.

Similarly, Sonja, a thirty-one-year-old Cherokee woman living near her parents at Lake Tenkiller, struggles with an obsession with younger men. In her chapters, Sonja moves through an encounter with a younger man, Vin, and an ultimately dysfunctional exchange. While she develops an affinity to Vin’s autistic child, it’s not enough to involve herself in the child’s life. The undercurrent of child neglect is overshadowed when Vin turns into a monster equivalent to Edgar’s drug-induced nemesis, Jackson Andrews. But this is simply a backdrop to the attempted plot twist with Vin’s father, turning Sonja and Vin’s entire relationship into a device rather than a well-threaded string in the story.

In conclusion, it’s the ancestral Cherokee voice of Tsala that ultimately disfigures the novel, aside from pan-Indian references to a Great Spirit and having “visions.” When narration evokes an almost primitive romanticism, using phrases like “Look to the sky, and there we are, soaring like hawks, circling in the air” and “In death, as we slept beneath the earth with the worms and the cold mud and rocks,” it harkens to a bygone era of choppy pidgin English laced with naturalism. It would be powerful to reimagine Cherokee people as modern and relevant people thriving with an ancestral spirit in a fast-changing world, but here readers get a reinvented version of an old motif: romanticized victimhood.