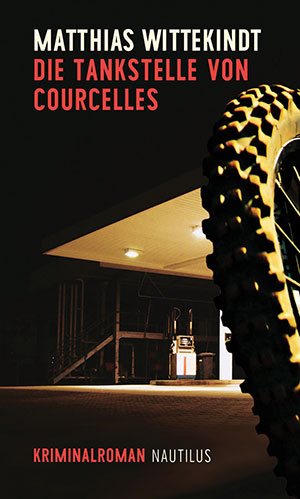 Die Tankstelle von Courcelles (The petrol station of courcelles) is the latest offering from German novelist Matthias Wittekindt. As a prequel to the series set in Fleurville, it sees Ohayon as a young gendarme investigating a fatal shooting. Although it was awarded second place in the prestigious Deutscher Krimi Preis in 2019, you could be forgiven for initially believing it is a coming-of-age novel. Ohayon’s minimal presence underlines that this novel is not a police procedural of the regional krimi genre, which is highly popular in Germany, and it certainly does not follow any of the traditional murder, investigation, twist, and arrest plots favored by many crime writers.

Instead, the main protagonist is Lou, whom we encounter as a young schoolgirl in the 1970s, then follow as she grows up into an intelligent teenager in her final year at school before meeting her again as an adult in Paris. We witness the impact of her dysfunctional mother, her stepfather’s care, and her attitude to friendships. She is involved in small pranks in her youth, and at the start of his career, Ohayon is sent to her village to investigate. Ohayon’s and Lou’s paths cross on several occasions without any premonition of what is to come. Yet as this story is told with the knowledge of later events, it is infused with a sense of foreboding and a feeling of impotence.

It is only toward the end of the book, after a fatal shooting at the petrol station where Lou was working, that Ohayon begins to take an active interest in her. Yet contrary to crime-writing tropes, there is no arrest or guilty verdict and the investigation is quickly closed. It is up to the reader to decide on Lou’s involvement in the incident based on our peeks into her life and the actions of other shady characters around the village.

The retrospective narrative reflects Die Tankstelle von Courcelles’s status as a prequel. It is most definitely the study of a crime and a suspect, but what crime the suspect actually committed is left open to interpretation. A rewarding read for crime fans who are looking beyond the well-trodden paths of the genre.