The Little Fox of Mayerville by Éric Mathieu 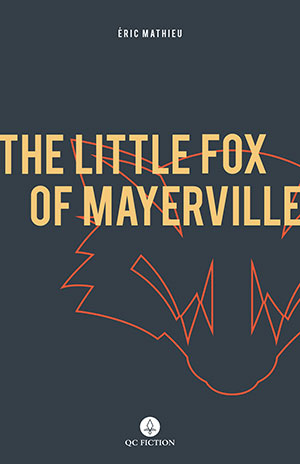 In this dark coming-of-age novel, the odds are stacked against the protagonist, Émile Claudel, who gives us the story of his life from birth to age eighteen. Things begin auspiciously for him, because he is born with the gift of tongues; yet the fact that nobody understands him when he speaks (or when he quotes from Verlaine, Lautréamont, or Valéry) casts a significant pall upon his infancy.

Small, red of hair, and sly of disposition, he is called the Little Fox. His mother dislikes him and his father ignores him—if indeed that man is his father, for Émile is of dubious paternity, along with all his other problems. “My whole childhood was nothing but dread, drifting, and disappointment,” he says in the first words of his narrative; “And yet I wanted to be happy.” Unloved, uncared-for, Émile becomes his own boy through force of circumstance, living by his wits.

When he takes a job as a contortionist in a traveling carnival, squeezing himself into smaller and smaller transparent boxes in order to impress his audience, he is merely performing in literal manner a set of gestures that have governed his existence in a figural sense up until that moment. Because performance in exiguous spaces is how he gets by, when in fact he does get by. He is an illusionist, a trickster, and most importantly an artist.

The same might be said about Éric Mathieu, I suppose, and perhaps about any novelist who writes a book that persuades us to inhabit the fictional world it puts on offer. Some readers will be reminded of Ágota Kristóf or Richard Morgiève’s tales of precocious, scorned children; others may recall the picaresque figures of Robertson Davies. Yet just as Émile is his own boy, Mathieu is very much his own writer. He conducts his novel with intelligence, brio, and a very estimable narrative agility, giving us brief and pungent glimpses (there are 199 chapters in these 379 pages) into a lonely young life spent swimming against the current of convention, where staying afloat is the only thing that really matters.