We, the Survivors by Tash Aw 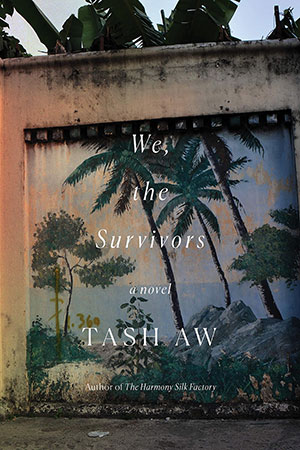 The narrator of Tash Aw’s latest novel, We, the Survivors, is an ethnically Hokkien Chinese Malaysian man called Lee Hock Lye—known to his friends as Ah Hock—who is recounting the story to a journalist of how he was involved in a random gangster crime, which resulted in his imprisonment for three years. The journalist Tan Su-min is a left-leaning Chinese Malay who travels from New York to conduct the interview for her doctoral dissertation in sociology.

Ah Hock is the prototypical “survivor” in an unjust world. From childhood, he is brought up by his mother alone. Due to their alien identity, mother and son are forced to shuttle back and forth in various communities, from the provinces to the capital city. However, for undereducated migrants, “failure was a far greater possibility [than] success.” One day his mother collapses on the street in Kuala Selangor, making it easy for Ah Hock to leave forever.

Ah Hock works in a construction plant and is soon promoted to manager. As cholera
runs through the city, he must turn to illegal refugees for manpower, through his best friend, Keong, the “middleman.” Unlike the “dark-skinned and foreign” migrants from Bangladesh, Myanmar, and Nepal, the Rohingya refugees fled persecution by the Burmese state and are smuggled into Malaysia. They are exploited and brutalized simply because they didn’t have “refugee papers.” During negotiations with a “labor contractor,” Ah Hock commits a crime of passion, fueled by his frustration with poverty, racism, and corruption, that leads to his imprisonment. “Customs officers see a big lorry loaded with sacks of rice or cages of live chickens, of course they know what’s underneath all that, . . . but pay them enough and they won’t bother.” As Su-min observes, corruption was a two-way thing, and the victims didn’t even know they were victims. In fact, “you could say that the victim becomes not only the enabler of corruption but the perpetrator.” It is in this sense that Tash Aw’s new book can be read as both a thrilling personal story and a political allegory.