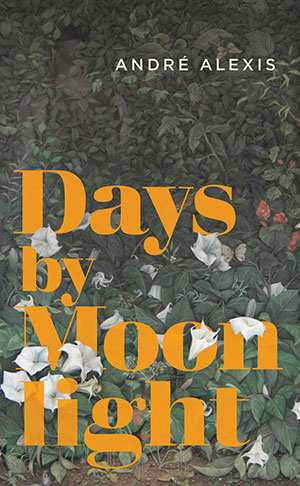 From the winner of a 2017 Windham-Campbell Prize, Days by Moonlight offers an unflinching account of the intrinsic doubt that plagues humanity’s perception of reality and the extent to which morality shapes the experience of consciousness. André Alexis takes readers on a supple, prosaic journey through the countryside and the human psyche, all the while propelling readers into a clear understanding of the philosophical questions he poses. 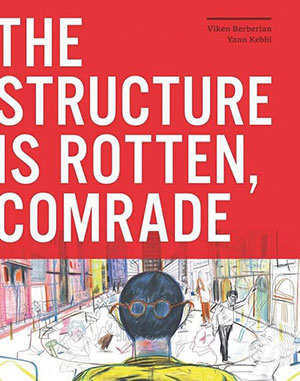 The Structure Is Rotten, Comrade

Written by Viken Berberian and illustrated by Yann Kebbi, The Structure Is Rotten, Comrade is a painfully beautiful book both visually and prosaically. In this groundbreaking graphic novel, the grand ambitions of the individual collide with the chaos of revolution. Fueled by a love of cement and passionate ambition, an aspiring architect must brave the pandemonium of Yerevan’s streets in pursuit of the Golden Mean. 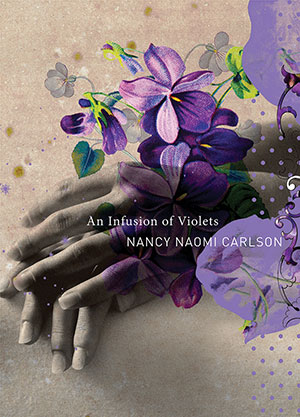 An Infusion of Violets

The multifaceted Nancy Naomi Carlson delivers poetic riches in her third collection, spooling out lines that engage all the senses while weaving threads of spirituality, eroticism, and art into one rich tapestry. With poems that traverse that spectrum from formal to free, An Infusion of Violets offers readers an opportunity to join Carlson in the great conversation of poetry that effortlessly spans cultures, languages, and time. 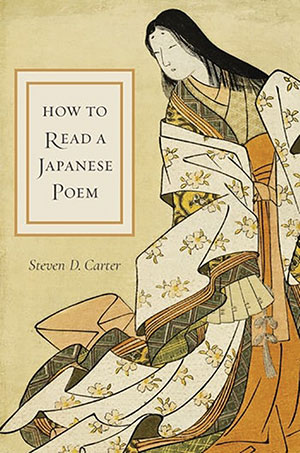 How to Read a Japanese Poem

This robust book boasts many features that could ensorcel the adventurous reader. Steven D. Carter offers considerable historical and cultural context about Japanese culture while providing something of a history of Japanese poetry along the way. He also includes a wealth of Japanese poems, many of which have never been translated for anglophone audiences. Finally, his insightful readings fulfill the title’s promise and give valuable tools for appreciating the poems in the context from which they emerged. 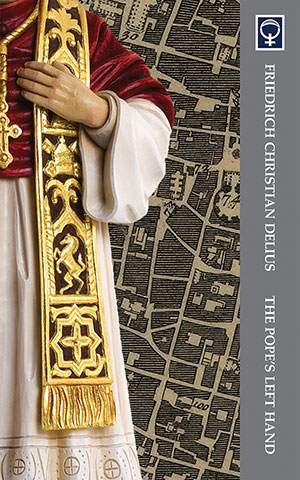 This slender book underpromises and overdelivers. Its narrator, an archaeologist turned tour guide, is the sole witness to the pope attending a Lutheran church service incognito, an impossible sight that prompts a sprawling internal tale of Rome’s history, its art and architecture, and the people, native-born and otherwise, who contributed to its legacy. This psychogeographic romp is elegantly written, witty, and guaranteed to reveal aspects of the Eternal City unknown to her most fervent admirers. 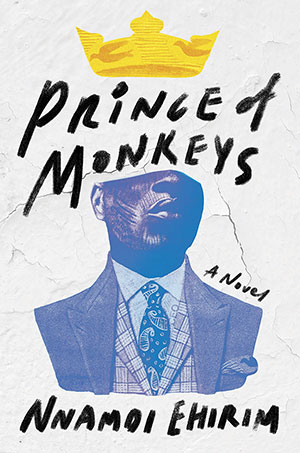 Nnamdi Ehirim’s provocative debut novel offers one of the most politically and spiritually resonant coming-of-age stories in modern Nigerian memory. Both an insightful and compelling narrative and a deeply fascinating exploration of the inextricable link between the personal and political, Prince of Monkeys is executed with both power and precision, effectively cementing Nnamdi Ehirim as an impressive new voice in Nigerian literature. 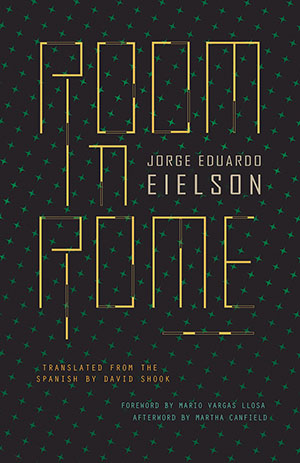 Jorge Eduardo Eielson was an influential midcentury Peruvian poet who exiled himself to Europe after publishing the initial works that made him a legend in his home country. Room in Rome captures Eielson’s remarkable sensitivities to the places and cultures in which he immersed himself, and this new translation reintroduces one of Latin America’s most important wordsmiths to the English-speaking world. 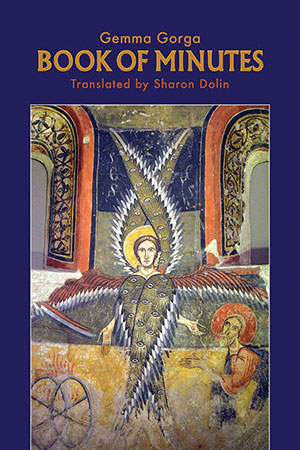 This collection of prose poems by Catalan poet Gemma Gorga features incisive yet lyrical lines that burn with surprising incandescence given the limited duration of their lifespan. Gorga uses the prose poem form masterfully, tackling big ideas with startling clarity while never losing the thread of “verse” that conceptually separates these pieces from mere vignettes (see WLT, Summer 2019, 22). 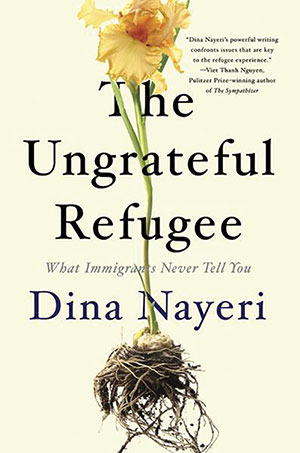 In her first work of nonfiction, Dina Nayeri completely recalibrates the immigration conversation, raising provocative questions and providing human stories that illustrate the realities of life as a refugee. She calls particular attention to the harmful manner in which Western governments privilege certain dangers over others, challenging her readers to rethink their preconceived notions of the refugee crisis. The urgency of the issue is augmented by Nayeri’s unfailing tenderness in telling stories that are both deeply personal and globally resonant. 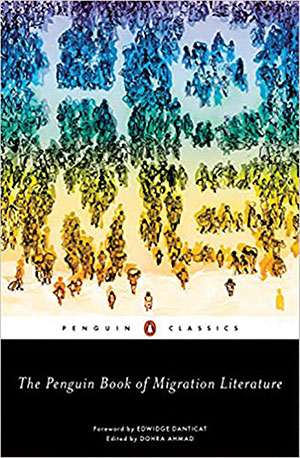 The Penguin Book of Migration Literature

This compact but dense collection delivers precisely what it promises, a thoughtfully curated selection of literature penned by writers in migration from one country to another. With pieces drawn from various time periods (the selection by Phillis Wheatley being an especially powerful inclusion), the text is divided up broadly into writing about departures, arrivals, generational assimilation, and, in one case, a return to the place of origin. Timely and inclusive, this is an excellent introduction to the ever-more relevant field of migration lit. 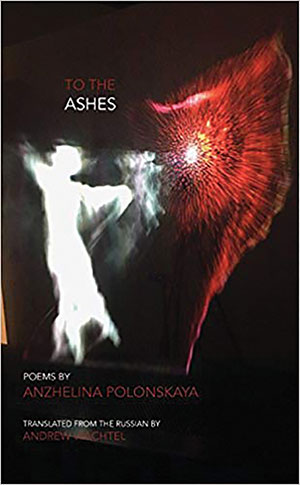 Outsider Russian poet Anzhelina Polonskaya’s verses get a second English-translation outing after the warm reception given to Paul Klee’s Boat (2012). These poems smolder with anger and disappointment as Polonskaya grapples with family, religion, and the state in her direct but often elegant lines. Punctuated by gripping images and all too relatable emotional turmoil, the poems in To the Ashes make a compelling case for the merits of Polon-skaya’s work both at home and abroad. 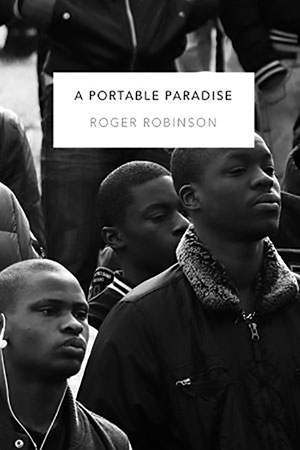 Populated with poems written in response to the Grenfell Tower fire in London that claimed seventy-two lives and the Windrush scandal that saw otherwise legally naturalized citizens deprived of rights in England, A Portable Paradise is brimming with images too shocking to view and ideas too painful to consider. Roger Robinson shoulders the messenger’s burden with grace and powerful craft, transforming the unimaginable into moments of shuddering beauty and conceptual sublimity. A Portable Paradise is a testament to the alchemical power of art to spin gold from the leaden world’s cruel ironies. 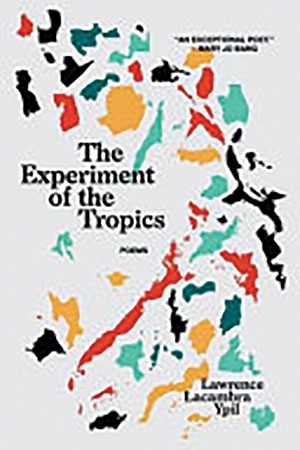 The Experiment of the Tropics

Lawrence Lacambra Ypil excavates the Philippines’ colonial past through poetry and photographs to document the island nation’s transition into modernity and the often tragic consequences of its imposition upon an unsuspecting people. Utilizing a variety of poetic forms ranging from prose poems to blank verse, Ypil’s incisive lines conjure a compelling view of the past with all the tragedy, comedy, pathos, and eros one might expect from a fully realized evocation of a rich culture in transition.