The Shadow King by Maaza Mengiste 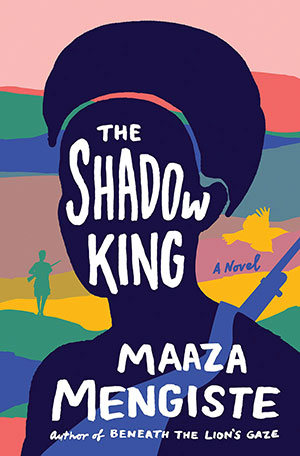 Maaza Mengiste’s latest novel, The Shadow King, not only adds to the current outpouring of contemporary African women writers, it also demonstrates the diversity and range of their works. Written loosely in the form of an opera, characters perform their parts in astonishing ways. The work both imitates and augments history. Mengiste’s author’s note explains that the work accounts for the story of Ethiopian women who fought alongside men to free themselves of Italy’s aggression. In other words, it fills the gap in European and African history.

Written in four books, chapters are interspersed with the rubrics Photo, Chorus, and Interlude. The work is many-layered and complicated. At its heart is the Italian aggression against Ethiopia beginning in 1936 and the stories of many heroic women who fought to expel the Italians. Mengiste offers satisfying renderings of all major characters including that of Hirut (a young peasant girl who becomes an inspiring soldier), Aster (a woman of noble birth who knows the worth of women), and Fifi (the woman who consorts with Italian officers to learn their strategies). The women want to do more than bear children and be comforts to soldiers; they desire to fight side- by-side with the men. In other words, they want to be more than what the world expects of them.

By turns, the brutality and savagery of the war is exposed. The aggression of men is interrogated, and the hope rendered by a shadow king (while the Emperor Haile Selassie is in exile in England) permeates the action of an army that is deemed no match for the Italians. Of equal note is the portrait of the male characters fully drawn and complicated by their motivations: Ettore (the Jewish photographer/solider), Kidane (the leader of the Ethiopian resistance), and Carlos Fucelli (the merciless leader of the Italian forces).

This is an amazing novel. It employs elegantly simple prose, the power of metaphor, and marvelous insights into human behavior. Its historic undertones provide insights on Ethiopia today, and like many other contemporary African women writers, Mengiste performs art.