In the Shadow of Wolves by Alvydas Šlepikas 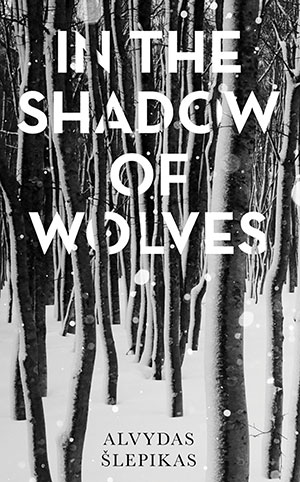 Thanks to Oneworld, readers of English now have the opportunity to experience the widely successful first novel of the Lithuanian actor, director, and poet Alvydas Šlepikas. In the midst of a resurgence of World War II novels, Šlepikas captures a tragic and previously unexplored element of the conflict, circumventing expectations and nullifying any desensitization that an avid reader of historical fiction may have developed.

In the Shadow of Wolves takes place near the end of the war. The Russians are advancing westward and have occupied the German province of East Prussia. Families are removed from their homes to make room for the occupiers and are left to shelter in underpasses, alleyways, and crude constructs of tin or even cardboard. Life on the street is not only dangerous, but as they become increasingly desperate, the starving families are left with no choice but to send any children who are physically able to make the journey to the Lithuanian countryside in search of sustenance.

The plight of one small group of these children is the subject of the novel. They risk crossing a heavily guarded border and navigating thick forests in order to scavenge a land of dwindling resources, vicious guard dogs, and war-weary, rifle-wielding civilians. Episodes are presented through stark, sensory details that leave the reader with nowhere to escape.

Nationalities and politics become non-issues in a depiction of pure humanity where the division falls not between ideologies but between oppressor and victim. Beautiful and haunting, In the Shadow of Wolves is a must-read for those with a historical interest in World War II but is even more relevant as an exposition of the true casualties of any political turmoil: the helpless “collateral damage” members of a society. It is especially poignant in a twenty-first-century world where fleeing carnage and seeking refuge is so often deemed criminal activity.

Šlepikas has shown his skill in conveying universal truth in a transcultural world. The literary community can only wait in anticipation of his next offering.