The Cowshed: Memories of the Cultural Revolution by Ji Xianlin 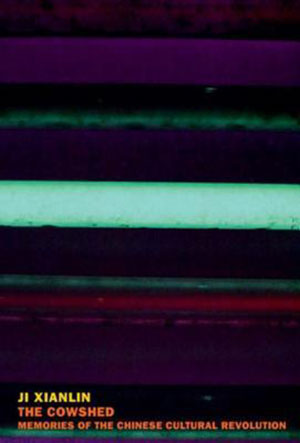 The memoirs and fiction about Mao’s Cultural Revolution (1966–76) that were published in the post–Mao People’s Republic (prc) disappointed Peking University Indologist Ji Xianlin (1911–2009): they lacked candor about Cultural Revolution brutality and dishonestly portrayed their authors solely as victims. After reading such works for a decade, Ji abandoned all hope that someone else would write a candid and truthful memoir and decided to do it himself.

Ji assumes part of the responsibility for having been physically tortured and confined in an informal lockup or “cowshed” over a period of two years in the late 1960s. He could have resembled most of his senior academic peers and quietly refrained from publicly favoring either one of the two Red Guard factions then grappling to gain control over the Peking University campus. However, he assumed that the risks of supporting the less vicious faction were limited, owing to his fine reputation in Peking University and his “red” working-class background as the scion of impoverished village farmers. These assumptions proved to be wishful thinking.

Once Ji became an object of persecution and confinement and was cut off from his family, he resisted the temptation of suicide. He learned to numb himself as much as possible to the savage beatings, kicks, and denunciations he suffered on an almost daily basis—the shouted insults became noise that he tuned out. Ji Xianlin rolled with the punches but passively resisted by refusing to write the usual self-flagellating confession.

Ji’s worst scars from his Cultural Revolution ordeal were psychological rather than physical. For years after his release from the “cowshed,” he found it difficult to cope with many everyday tasks such as handling a simple purchase with a shop clerk; during months on end as a prisoner, he had become habituated to “staring at the ground wherever I went and being cursed and threatened.”

Cowshed deserves to be near the top of anyone’s list of literary memoirs of China under Maoist rule. Yet it pales before the original Chinese version, for the translator sacrificed much of the book’s literary flavor by deleting scores of literary and historical allusions, such as quoted excerpts from the ancient Classic of Poetry and a collection of sayings ascribed to Lin Biao.