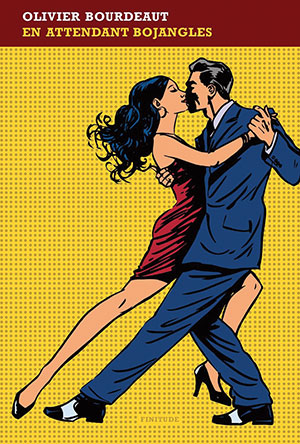 In this short novel, an unconventional and, apparently, blissfully happy couple, as seen through the eyes of their son, dance their way through life, mostly to the tune of “Mr. Bojangles,” sung by Nina Simone. Unsurprisingly, their carefree dancing, work-free lifestyle, and general obliviousness to the outside world are eventually interrupted by dismal reality.

Aside from an irate tax collector whose comminatory letters have long remained unheeded, there is, more troublingly, the mother’s slow descent into mental illness, which leads to her suicide, followed by the father’s disappearance. As told by Olivier Bourdeaut’s narrator, the young son who retrospectively describes his parents’ whirlwind existence, what could have been a sententious morality tale (as in La Fontaine’s fable) of doomed grasshoppers, making merry and perilously living on borrowed time in a world of industrious and unforgiving ants, instead becomes a lighthearted ode to the age-old injunction of carpe diem.

With its irreverent reference to Samuel Beckett’s En attendant Godot (1952), the novel’s title is a call to be mindful of the futility of endlessly waiting for fun, love, or fulfillment. The main characters wait only for the next song to begin as they float through the enchanted ballroom they have made of their spacious apartment. As for the narrator’s reminiscences, they are recounted in a tone of bemused wonderment, of nostalgic longing for a lost paradise. Contrary to expectations, there is no high-minded lament over a wasted childhood due to dysfunctional parents.

In France, this first novel by an unknown author was the surprise best-seller of early 2016. Perhaps, after the annus horribilis that was 2015—which began and ended with terrorist attacks in Paris—the French reading public needed a broadly upbeat tale about the positive ramifications of whimsicality, of living in a nonjudgmental and nonviolent world that celebrates each individual’s quirky inclinations and desires.