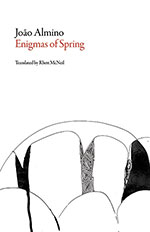 Enigmas of Spring follows a young Brazilian man’s journey from his home to Spain where his restlessness and lack of ambition set him down a path toward radicalization. Whether that journey will result in violence or literature hinges upon his ability to connect emotionally with those who might offer him love instead of hate. 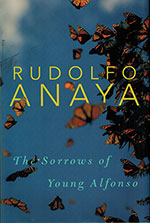 The Sorrows of Young Alfonso

Told through a series of letters from an anonymous source to a recipient named only as “K,” The Sorrows of Young Alfonso is the story of a writer whose development mirrors that of the state of New Mexico. Dealing intimately with issues of faith, identity, and political agency, the latest novel from this towering figure in Chicano literature is a wholly American story capturing a critical time in the nation’s history. Poet and former ambassador Homero Aridjis pens this intimate glimpse into his childhood, growing up in Michoacán, Mexico. Elegantly translated by his daughter Chloe with language both evocative and sparse, Aridjis recounts his transition from a rowdy boy to a pensive, bookish teen and the horrifying accident that was the catalyst for his transformation. 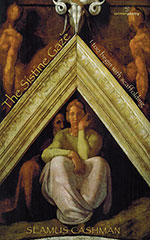 Beloved Irish poet Seamus Cashman turns his poetic gifts toward a meditation on Michelangelo’s masterwork. Drawing together threads of the religious, philosophical, artistic, and technical, Cashman weaves an approachable and altogether human tapestry against which we may appreciate the triumph the chapel frescos represent. What Is a World?

Drawing from four critical philosophies–idealism, Marxist materialism, phenomenology, and deconstruction–theorist Pheng Cheah invites the reader to reconsider the presuppositions that underpin contemporary theories about world literature. Works from luminaries Amitav Ghosh, Michelle Cliff, and Timothy Mo, among others, provide the reader with concrete examples of Cheah’s theories in action. 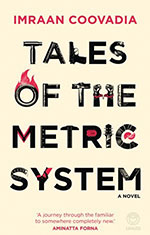 Tales of the Metric System

Told in ten chapters representing ten days across forty years, Tales of the Metric System examines South Africa’s national identity through the lens of a variety of diverse but representative characters. Using the transition to the metric system as both the catalyst and symbol for radical change, Coovadia places his characters in a historical context that explains their triumphs and shortcomings without offering excuses. 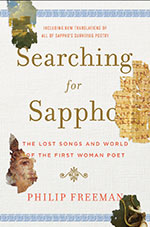 Classicist Philip Freeman pulls together contemporary scholarship on the biography of enigmatic Greek poet Sappho while drawing her work, including newly discovered poems, into one cohesive body with fresh translations. A must read for not only poetry lovers but those interested in the day-to-day life of women in antiquity. 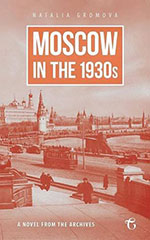 Moscow in the 1930s: A Novel from the Archives

Novelist and researcher Natalia Gromova draws upon extensive resources to produce this tale of exploring a version of Moscow that no longer exists. Using fiction as a tool for introducing a generation of literary legends to readers of today, Gromova writes herself into the story to serve as our guide to this now lost world. 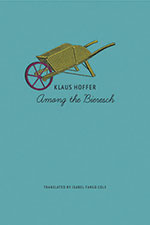 Following a family tradition, Klaus Hoffer’s protagonist Hans returns to his rural Austrian roots after an uncle’s death by taking his place for one year. Bristling with surrealism, Among the Bieresch builds a lattice of madness from its already-twisted premise as Hans becomes embroiled in a struggle between two mystical traditions that divide the town’s inhabitants. 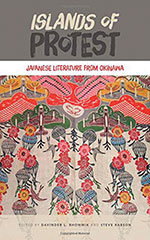 Drawing from poetry, fiction, and drama, this collection of Okinawan literature highlights the island’s nearly 150 years of resistance against Japanese and American interests. Highlights include the play The Human Pavillion, about an exhibition of Okinawans in Japan in 1903, and poems dealing with Okinawan women who were forced to serve as “comfort women” for the Japanese military. 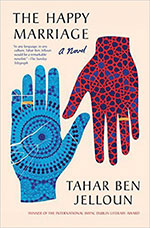 Class and culture play oversized roles in this engaging novel about the disintegration of a marriage in Morocco. When an acclaimed painter blames his wife for his illness, he writes a book detailing his account of their unhappy union. His wife retaliates by writing her own version, and the reader must decide who, if either, holds the rights to the truth. 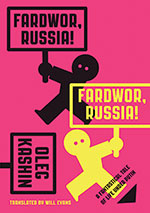 Fardwor, Russia!: A Fantastical Tale of Life under Putin

Intertwining the mystical essence of science fiction and the humor of political satire, Fardwor, Russia! is an allegorical tale of contemporary Russian life. Human error from reckless experimentation produces a growth serum that sets off a comedy of errors as farcical as it is descriptive about the temptations of absolute power. 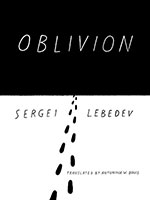 This daring novel examines the Soviet-era gulag system through the plight of its narrator who returns to Siberia in order to learn more about the man who saved his life. Lebedev draws upon his years working as a geologist in the region to infuse this journey through a dissipating national memory with stark realism. 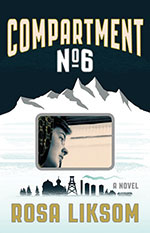 Winner of the prestigious Finlandia Prize, Rosa Likson’s Compartment No. 6 pairs a Finnish woman and a Russian war veteran in a train car for a long trip to Mongolia. Likson’s rich physical descriptions and engaging storytelling make the reader wish that the ride would never end, but the surprising end makes it a journey worth taking. 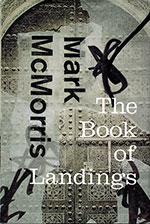 The Book of Landings

Poet Mark McMorris completes his “Auditions for Utopia” trilogy with this ambitious collection that uses lyric poetry as a tool for challenging ideas about how language shapes our identity as conqueror and conquered. Often abstract in conception and boldly visual in execution, McMorris’s poems sketch out idealized spaces where words reign over human frailties. 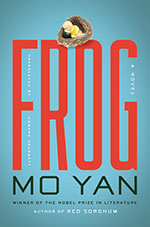 Nobel Prize-winner Mo Yan examines modern China’s love/hate relationship with ideology through this tale of a once-beloved midwife who seeks political redemption through her unwavering commitment to the one-child policy. Mo Yan continues to fascinate with his unflinching narratives that tackle difficult topics with dark humor. 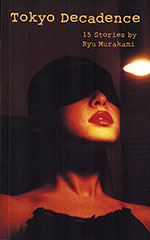 Ryu Murakami sketches Tokyo across three decades in fifteen short stories from the perspective of narrators with access to the seamier side of Japan’s capital city. Whether speaking through divorce lawyers, bartenders, or audacious call girls, the acclaimed author of The Audition captures the unique flavor of the city through his cutting dialogue and often achingly beautiful descriptions. 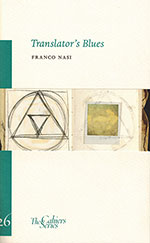 This curious addition to Sylph’s Cahiers Series explores the gap between languages through the observations of Franco Nasi’s narrator as he travels from Italy to the United States. Punctuated by illustrations from Massimo Antonaci’s sketchbook, this monograph spans essay and fiction effortlessly while engaging the reader with its philosophical implications. 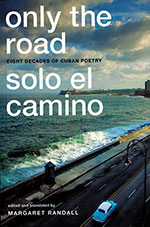 This anthology serves as a broad, bilingual survey of Cuban poets born during the twentieth century. Special attention is paid to diversity, with women making up nearly half of the authors represented. While it’s difficult to make generalizations about style with so many on display, the sum effect is that of a time-lapse shot taken over multiple generations that shows a kind of undeniable truth about the essence of Cuban poets and their craft (see WLT, Sept. 2015, 34). 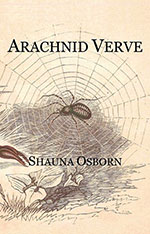 Drawing threads of Comanche, Spanish, and Oklahoma culture into one eclectic tapestry, Shauna Osborn delivers a spellbinding collection in Arachnid Verve. Populated with memories that are both intimate to the writer and universally applicable, Osborn grapples with issues of gender, sexuality, and identity with equal measures of humor, anger, and grit. 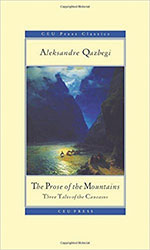 The Prose of the Mountains: Three Tales of the Caucasus

This book collects three stories from Georgian writer Aleksandre Qazbegi, each capturing the vital essence of Georgia’s not-so-gentle introduction to Western modernity. Writing in the late 1800s, Qazbegi dodges the usual colonialist fables and enshrines for posterity the erosion of a long- held way of life in the face of irresistible social change. 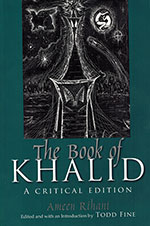 The Book of Khalid

Considered by many to be the first Arab American novel, The Book of Khalid details the journey, both physical and spiritual, of two young Lebanese men who immigrate to the United States around the turn of the century. When they later return to the Middle East, the ideas that define their two homes come together in one of them to form something unexpected. This edition is augmented by critical essays on the work from noted scholars. 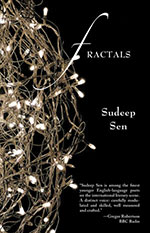 Fractals gathers more than three decades of poetry from one of India’s most technically gifted poets working in English. Sen’s poetic scope and knowledge of form and meter will dazzle poetry lovers while drawing in more casual admirers with his sophistication of language and range of topics. Fractals is an important retrospective collection from a poet even now just reaching the height of his powers. 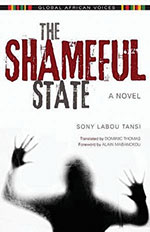 Congolese novelist Sony Labou Tansi satirizes the senseless violence of a fictional African nation ruled by the iron fist of a military dictator. Mixing surreal violence with pointed political commentary, Tansi uses his linguistic talents to create a narrative that is sadly believable and impossible to ignore. 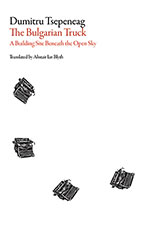 Innovative Romanian novelist Dumitru Tsepeneag raises the bar on recursive fiction in his latest novel to be translated into English, The Bulgarian Truck. While juggling his affair with young Slovak novelist Milena and his unhappy marriage with Marianne, Tsepeneag’s narrator struggles to bring new characters to life without destroying himself in the process. 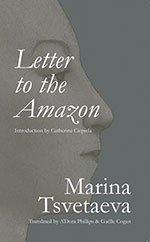 Letter to the Amazon

This book contains an essay, written in letter form from Tsvetaeva to American Natalie Clifford Barney, that captures a snapshot of the tragic poet’s life and ideas less than ten years before her tragic death. Speaking frankly on the gap between her desires as a lover and her instincts as a mother, Tsvetaeva eulogizes a relationship she shared with another woman twenty years earlier. 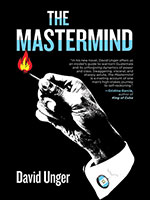 Based on a true story, The Mastermind is a tense political thriller about a successful Guatemalan lawyer whose life takes a strange turn when a failed affair leads to his faking his own death and implicating the government. Unger’s searing political criticism blends with gripping real-life details to sketch an unforgettable picture of modern Guatemalan society. 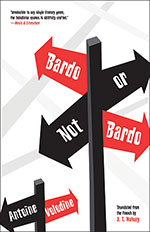 Bardo or Not Bardo

Riffing from the Tibetan Book of the Dead, French enigma Antoine Volodine offers seven vignettes that intermingle observations about the absurdity of revolutionary movements, conceptions of the afterlife, and the agency of the written word. Bardo or Not Bardo, like many of Volodine’s works, challenges traditional conceptions of identity for reader, author, and work alike. 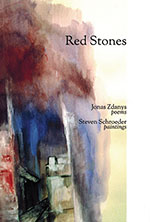 Red Stones’s collaborative effort sees Jonas Zdanys’s precision of language in these twelve-line lyric poems contrasting with the textural abstractions of Steven Schroeder’s paintings. Zdanys, a celebrated bilingual poet who writes in as well as translates from the Lithuanian, navigates from the physical to the philosophical in these short poems that leave the reader always hungry for the next one to begin.