I Am Your Judge by Nele Neuhaus 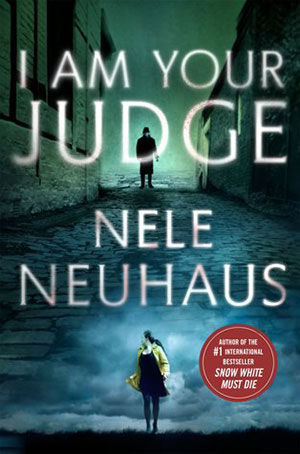 Nele Neuhaus is a best-seller in Germany and proposes to be one here. She may well succeed. It is easy to see why this is so when reading her latest book.

The title evokes Mickey Spillane’s titles, such as I the Jury and Vengeance Is Mine. The story is a conventional police procedural featuring Pia Kirchhoff, a woman detective, and Oliver von Bodenstein, her partner. It starts with a scene in which the first victim is murdered in italics, the anonymity of the killer preserved by judicious use of pronouns. The crime interrupts Pia’s plans for her honeymoon, as, of course, no one else is available, and, like the usual overworked fictional detective, she then takes on the crime as a mission, leading the reader through a series of clues and subsequent murders to what is supposed to be a shocking, or at least surprising, conclusion.

Unfortunately, publishers have a pretty good idea what bells and whistles best-sellers should sound and tend to reduce these things to formulas. The book delivers discoveries exactly when it’s supposed to. You can hear “pins drop” as secrets are revealed and the irrational murderer is exposed as having a rationale, and we end up with a happy kiss of newlyweds—literally. In other words, nothing much is a surprise and the accomplishment of this manages to require over four hundred pages.

Part of the reason for this is that the characters, as they often do on the boob tube, repeat details of the crime to each other as if they were never really there or, more likely, the writer isn’t sure that the audience will remember what they’ve read. This is literature as a way to pass time, entertaining but never threatening to shake your view of reality. Like many best-selling crime novels, I Am Your Judge is about the comfortable predictability of the crime novel rather than the disorienting horror of murder.