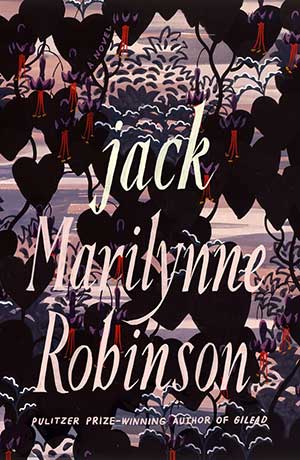 THE GILEAD CYCLE is a series of theological novels (Gilead, Home, Lila, and now Jack) that explore the nature of grace through the lives of two families in the eponymous, fictional town in 1950s Iowa. Its literary context is shaped by Shakespeare, on one hand, and the theologians John Calvin and Jonathan Edwards on the other; these influences perhaps bring the immeasurable depth of psychological description and character. Robinson also foregrounds a theatrical emphasis on scenery—a graveyard figures as one very pointed setting—as well as the randomness of redemption.

Between these two poles, Robinson’s novels enact the work of naming, of giving a name and bearing a name. To have a name is to be exposed to the fleeting conference of our inward experiences of guilt and forgiveness with the outer societal, religious, and cosmological event—like a comet—of grace: it attaches itself to a name, and Robinson brings this out, like no one else can, in the way in which the Congregationalist minister John Ames blesses his namesake, John Ames “Jack” Boughton, in the closing pages of Gilead. That the work of naming is a central concern of Robinson’s work is evinced by the many occasions therein where naming is performed on behalf of another, and in the case of the present volume this is clearer than ever.

Jack is the desperately sad love story of Jack Boughton and Della Miles, a white man and a black woman in the context of segregation—an impossible love. Like Lila in the novel devoted to her, Jack is a human being fated to name himself. For Jack, this means perennially clearing his name in a double way: most obviously, Jack has to atone for his sins, but he must also clear his name by enacting his nonidentity with John Ames. Presenting this issue of the name as deeply precarious, on the beautiful cover of the book Jack’s name is written with a lowercase “j.” Della Miles is, crucially, a teacher—someone who in a key moment is called upon in the same breath as preachers and prophets doing a sacred duty. It is interesting to reflect for a moment on this duty that teachers, preachers, prophets, and, maybe, writers presumably share.

Jack’s life in abandonment of his name, self-exiled from Gilead and its two commanding preachers, shows how, for this man, there is no salvation within the sphere of the community; indeed, he is nameless. Yet Della Miles, the passionate teacher, has the heart to love him—whoever he is, despite her insufficient knowledge of him. Perhaps the difference between the teacher and preacher is that the teacher has no creed; she truly expects nothing—no conversion, no confirmation—in return. Perhaps that is why, with the radical Christian thinking behind Robinson’s cycle, Della Miles saves Jack, as any moral content and confidence are given up for the sake of what is outside, of what is irredeemable by any measure.

In a way similar to teaching, writing—fiction and poetry especially—is offered up, offered beyond the limit of any moral doctrine and any community, beyond any name. For this impossible, defenseless gesture of writers and teachers, Jack makes a lasting refuge.