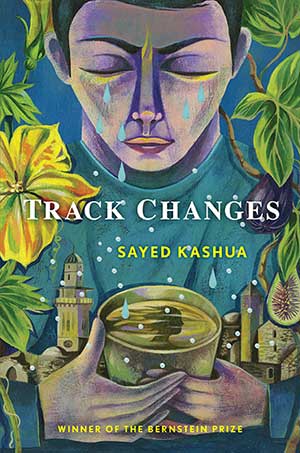 IN HIS LATEST NOVEL, Track Changes—the final installment in a quartet that explores the liminal position occupied by Palestinian citizens of Israel—the Arab Israeli author Sayed Kashua interrogates the role of memory, both individual and collective, in the shaping of Israeli historiography.

The novel is centered around Saeed, a writer who lives in Illinois with his family, and his return to his hometown of Tira, an Arab village in Israel, to visit his dying father whom he has not spoken to in over a decade. In Israel, Saeed worked as a memoirist, documenting the lives of elderly Jewish Israelis, often editing their memories and inserting his own to reimagine their lives, not unlike the Israeli state’s revision of Palestinian history.

Having relinquished his memories to others, Saeed finds himself disconnected from his past (“The memory had become theirs and would never again be mine”), a predicament faced by Arab Israelis who are stuck in a no-man’s-land, not belonging—and not being allowed to belong—fully to their Palestinian and Israeli identities. This identity crisis exists on a linguistic level as well: as an Arab who writes in Hebrew but speaks Arabic at home, Saeed is unsure of what language to use to tell his father’s story.

On his return, he is forced to confront the consequences of the revision of memory: it made him and his wife, Palestine, leave Tira for Jerusalem and later the United States; it denies a population a state. Even though he wants to move back with his family, decades of state erasure and war have changed Tira irrevocably. A sense of defeat permeates the community; there are no marches on Sabra and Shatila Day, no renewed commitment to the struggle for statehood on Land Day. In the end, he realizes that a return is not possible, whether to his past or to Palestine’s past, for “the path would be blocked by coils of barbed wire, guard towers, and military dogs with bared teeth that could tear my flesh.”

At a time when the reality of Palestinian nationhood seems impossible, Track Changes reads as an anguished citizen’s longing to see his country whole. Just as Saeed would like to take his wife, Palestine, back to Tira on a white horse announcing their victory (“We’ve won the war”), the author would like to see his country, Palestine, being recognized.